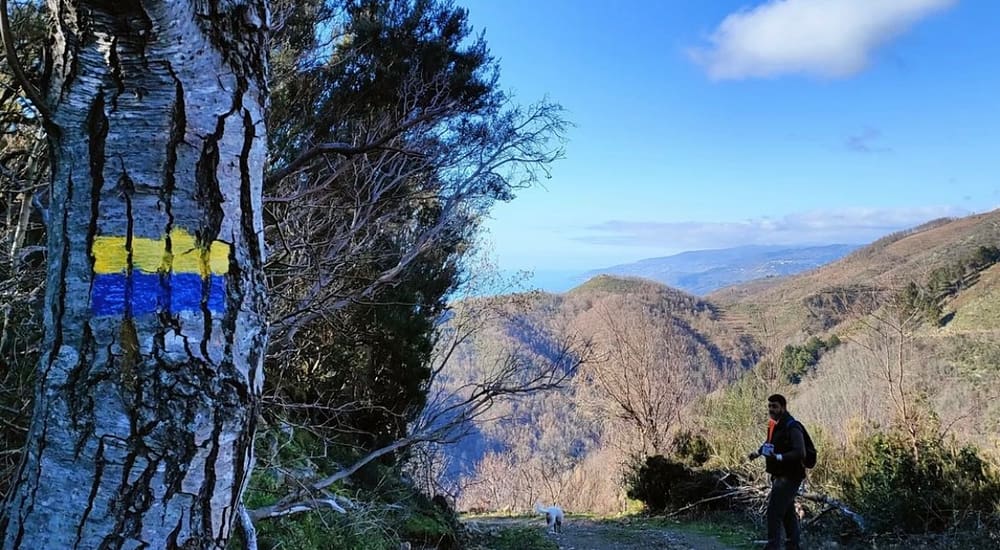 The Way of Saint Francis

The Way of Saint Francis, a caress to our soul

The path of Sanit Francis starts from the splendid beech forest in the Verna wood. In the silence, the harmony, and the magic of these trees leave an indelible imprint on the heart of those who arrive. Here, every leaf, every trunk, every branch and every rock are talking about Francis. He returned many times to these places; La Verna was like a “safe” place for him, and sometimes he came back here in search of “help”, during the darkest moments of his life, when he thought he had it all wrong.

The journey of Francis can be done on foot and by bicycle. The two tracks are slightly different, but they run parallel, often rejoining.

It’s a transformative journey; it can help change the perspective with which we look at the things of everyday life, at the things that make us worry. The time we invest in the journey is a time that we give to ourselves, as gift. And if we allow ourselves to relax along the way, perhaps we might even be able to perceive a caress to our souls, and maybe even be able to see nature with other eyes. And maybe our life too.

How long is the journey of St. Francis? I’ll make it?

The walk (version on foot) takes place mainly on a path. Compared to the Camino de Santiago, the Camino of Saint Francis is more demanding due to the long stretches of mountain which, however, do not present either path difficulties or dangers.

There are 3 rather demanding stages, the second, the fifth and the seventh of 35, 29 and 38km respectively, due to the lack of intermediate stops. See below for details

How many stages does the journey of St. Francis have? How long are they?

The variant that passes through Perugia

Why are we leaving?

Walking frees the mind and is a profoundly meditative activity. It doesn’t matter if you are religious or not, when we travel, we dedicate this “very intimate” time to ourselves. The journey represents a parenthesis with respect to everyday life, which allows us to disconnect, to strip ourselves of the roles and things to do, dressing “only” the role of the pilgrim. As you walk, the mind also slows down the pace little by little, savoring the (almost forgotten?) opportunity to fully enjoy the time, slowly and contemplating, without anyone chasing us. This is a time regulated by nature, not by the calendar, where the sun, rain and dust return to take on an ancient and harmonious role.

How did the journey of Saint Francis begin?

The story of this journey is fascinating, and it is due to Dr. Angela Serracchioli. Years ago, along the Camino de Santiago, Angela felt the presence of St. Francis of Assisi next to her. It was for this reason that, on his return, he wanted to thank “his friend and traveling companion” by retracing on foot the places that testify to the existence of the Saint and his works. From this very personal need, the generous idea of offering this itinerary to everyone was born. The itinerary that starts from the Sanctuary of La Verna, runs along the Apennine chain, touching the places of the Franciscan memory, crossing Umbria, up to Assisi, where the saint’s body is buried in the Basilica, under the altar.

In addition to the splendid villages at the beginning and end of each stage, along the way you will meet important churches and buildings rich in art, many of which were nothing more than primitive convents, transformed by man over time. Then there are other structures such as the convents, which are located in almost deserted areas, in the woods and in the hills. These are the most suitable environments for prayer, meditation and penance. These are the environments that abound right along the route of the Via di Francesco, and which still today transmit all the charm of Franciscan simplicity made of essentiality, also architectural that marries in full harmony with nature, with Creation.

In these places the pilgrim can meet the Franciscans, men and women who try to follow in the footsteps of Francis in poverty, chastity, obedience and the charitable welcome of the brother. Being able to share spaces, times and prayer with them, it’s a boost to discover ourselves.

The signs of the Via di Francesco

The characteristic symbol of the Via di San Francesco is the TAU. This, in fact, is the symbol that Saint Francis loved more than any other. The story tells that in 1215, at the opening of the IV Lateran Council, Pope Innocent III spoke of the symbol of the Tau, marking it on the foreheads of some present as a symbol to open one’s heart and begin the journey of conversion. The pope instructed every Christian to carry out this work of conversion and Francis accepted the invitation. From that moment the TAU became his signature which he placed on the letters and on the walls of the cells of his friars.

Along the way, the TAU symbol is yellow; it is found marked on trees and rocks, to indicate the direction to take. With a lot of good will, brush and can of paint the path is partially marked, so it is necessary to undertake this walk with an expert guide or with good trail maps to always keep in hand, to make sure we take the right fork.

Would you like organizing a group experience to discover the Saint Francis Way?

Contact us, we will help you identify the most suitable solution!