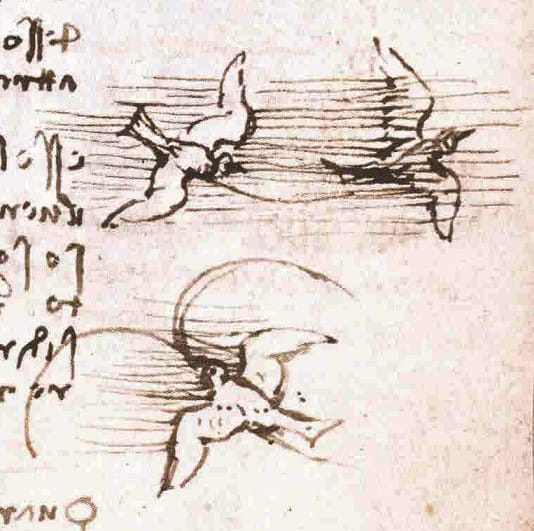 Inspiration is not just a matter of luck

Inspiration is not just a matter of luck.

There are ways to stimulate the mind to think differently, with an open mind, more creatively. There are also places, for example, which are seemingly insignificant that could become super inspiring, whose valorization depends only on the interpretation – scientific, cultural, symbolic – attributed to it.

One of these places is definitively Mount Ceceri in Fiesole.

Imagine. You are on the verge of a breathtaking cliff, on Mount Ceceri in Fiesole. The view of Florence from there is terrific. Your attention, your mind, where are they focusing on?

Around the year 1500, two friends were standing right on Mount Ceceri in Fiesole. Their attention, their minds were not intent on admiring the panorama of Florence from there, their focus was to carry out an experiment that was going beyond the imaginable. An experiment that would have really changed the course of history.

Monte Ceceri in Fiesole, with its modest 400 meters high, was the perfect place for this truly unique experiment.

The two friends were Leonardo (da Vinci) and Zoroaster (from Peretola).

Leonardo da Vinci and Zoroaster da Peretola were on Monte Ceceri in Fiesole for the precise choice of Leonardo. That was the place where the genius decided to test, for the first time, the invention that according to Leonardo “would have astonished the universe”. It was time to try “Il Grande Nibbio”, it was time to let the human being to fly like a bird.

Built with two large wings composed of membranes, to be operated with pedals and levers and a cockpit for the pilot, the genius-designed flying machine had a wingspan of about 18 meters.

In the codex on the Flight of Birds, he wrote: “The human bird shall take his first flight, filling the words with amazement, all writings with his fame, and bringing eternal glory to those whose nest (magno Cecero n.d.a) whence he sprang”.

Zoroaster really stood the first flight from Monte Ceceri (Magno Cecero during Reinassance) in Fiesole. Today, that point is easily identifiable thanks to a large stone on which it is carved the famous phrase of Leonardo.

The hardy Zoroaster was able to glide for about a thousand meters and then fall disastrously into the countryside under Fiesole.

Leonardo called his flying machine “Il Grande Nibbio”, inspired by the homonymous birds he saw on the way to go to Fiesole.

This place, where presumably Leonardo and Zoroaster studied the flight modalities for days, planned the experiment, dreaming together to change the history, has huge emotional power.

Instinctively, I feel I should speak in a low voice, to not disturb the “spirit” of the genius that is still in this magical place, looking beyond the horizon.

Interestingly, the valorization of this place, seemingly insignificant, depends only on the interpretation – scientific, cultural, symbolic – which is attributed to it.

On top of Monte Ceceri my eyes remain enchanted contemplating the panorama of Florence from this privileged point of view. Leonardo, perhaps, was “just” envisioning precise trajectories traced in the air, visualizing the possible descending parables of his Grande Nibbio.

It is impossible to guess what the Genius was really thinking standing in front of the cliff,  but a stop at Mount Ceceri in Fiesole to look in the void and imagine Leonardo da Vinci in action is really inspiring.

Each of us has a challenge to overcome, and maybe this magic place, and the silence could give us some inspiring thoughts.

Leonardo was not “only” a genius, but a genius who believed in his ideas and willing to translate those into practice.

What is the piece that is missing to your puzzle? Are you at the beginning and struggling to see the big picture or maybe you are just close to the end, but the last step is more complex than you were thinking?

Perhaps, standing up “with Leonardo”, on top of Monte Ceceri, could help you to visualize what you need to do.

This is what characterizes the bike tour of Tuscany Quintessence. Each tour is a Tuscan distillate, alchemy of adventure, art and history, nature, wellness and food, to involve the senses, to unleash unknown energies and create unforgettable experiences.

The experience on Monte Ceceri in Fiesole is just one of the stages that are part of the bike tour “Fiesole e-bike tour from Florence“.

If you are passionate about Leonardo, see also “Biking with Leonardo“; it is a bike tour around Anchiano, Leonardo’s hometown.

Questions? Please keep in touch with us.