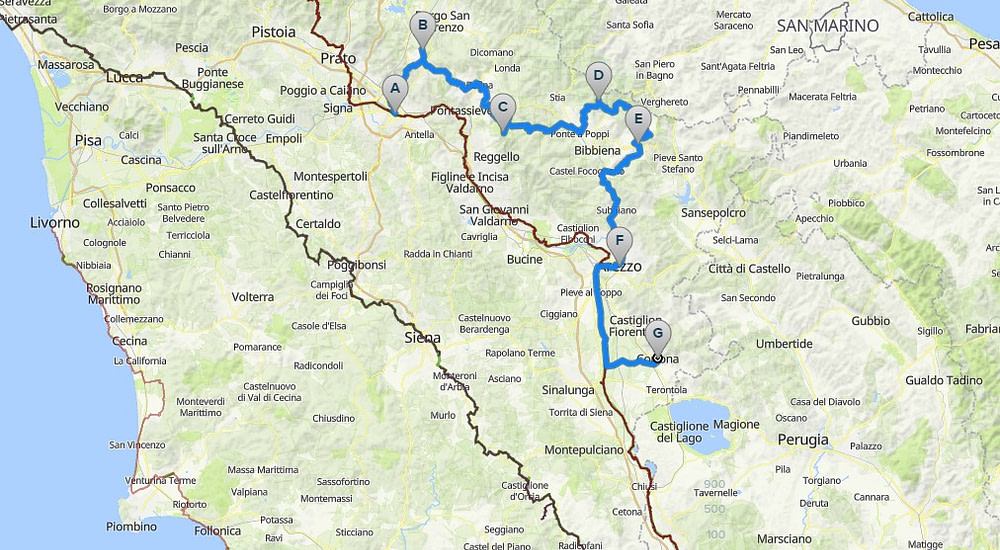 Are u passionate about Tuscan Monasteries?

The leitmotiv of this tour are the Tuscan Monasteries and  hermitages; religious settlements of great charm, capable of arousing deep emotions, sense of peace and harmony. These are places of meditation and / or prayer but at the same time full of an incalculable artistic and cultural heritage.

Tuscan monasteries in the Florentine area 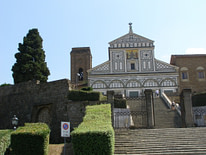 San Miniato al Monte. It took two centuries (XI, XIII) to complete the entire basilica whose facade, decorated with white and green marble, is typical of the Romanesque style. With its rigorous geometry it seems to want to evoke the perfection of God. In the dark crypt below, there are the relics of San Miniato, protected by a fourteenth-century railing. Near the altar is the crucifix that around 1030 would have bent its head to Saint Giovanni Gualberto, as a sign of approval for the pardon granted by him to his brother’s killer.

Montesenario. In 1245, seven men, including some merchants, members of a company dedicated to Santa Maria, climbed Mount Senario in order to retreat, from the city and take on a contemplative and a life. With material they found (stones nd timber) they built a modest dwelling and an oratory. Even today, although incorporated in the constructions built subsequently, it is still possible to recognize the stone facade of the ancient church, the so-called “Chapel of the Apparition”.

Vallombrosa. The monastery was built by the will of Giovanni Gualberto in the XI century. The monastery played a key role in the preparation of the monks before their move to Florence. It was for this commitment of strong collaboration between the abbey and the Florentine authorities that the abbey could also enjoy strong political power conferred by Florence. The walk along the path that leads to the Hermitage of Celle, called Paradisino, has a breathtaking view of the Abbey. The wonderful forest, about 1270 hectares, was planted by the monks.

Tuscan monasteries in the Casentino area

Camaldoli. Founded by San Romualdo in 1012, the first cells of the Hermitage were built on the top of the mountain, surrounded by a dense pristine forest. The monastery was built some years later together with the pension. The cell of San Romualdo overlooks the entrance courtyard, while the 20 cells inhabited by hermits are lined up along the avenue.

La Verna. In this monastery, in 1224, St. Francis received the stigmata. In the heart of the Casentino forests this place is strongly evocative with its secluded atmosphere. The corridor covered by the Friars in procession leads to the Grotta (cave) in which, according to tradition, San Francisco slept on the bare rock. Very evocative also the Chapel of the Stigmata in which, a stone placed on the floor, indicates the position of the Miracle. Must see also the “precipice” where, according to legend, the meeting between Francis and the devil took place.

Tuscan monasteries in the Valdichiana area

The Cells. This is the first convent built by Saint Francis of Assisi in 1211. Francesco lived in the hermitage even after receiving the stigmata. It was in this place where he made his Spiritual Testament, a few months before he died in May 1226. The Spiritual Testament of Francis remains to this day one of the most precious documents since it traces his entire spiritual life. The Cells, Francesco said, was his ideal of hermitage. The hermitage is located just five kilometers from the historic center of Cortona.

Have you ever heard of the Via Francigena? An ancient path traveled for tens of centuries by pilgrims to reach Rome, but also by soldiers, merchants, and armies. The trail crosses all of Tuscany and is beautiful. Traveling the Via Francigena is a transformative experience. It can be done by bicycle or on foot. Read more on Via Francigena here!

Would you like to enjoy an active vacation to discover Tuscany by e-bike? Click here to find out more.